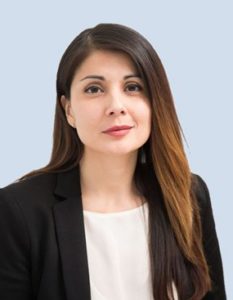 In her new role, Ms. Wright Many Chief will work with Indigenous tourism businesses and communities, as well as tourism industry partners across the province, to implement ITA’s inaugural Indigenous Tourism strategy “Strengthening Alberta’s Indigenous Tourism Industry: 2019-2014”. The strategy is funded through the Government of Alberta ministries of Culture & Tourism, and Labour, and receives additional support from Travel Alberta and the Indigenous Tourism Association of Canada.

Based in Calgary, Wright Many Chief is from the Treaty Seven community of Blood Tribe (Kainai Nation) in southern Alberta. She earned a Bachelor of Management from the University of Lethbridge in 2012, with a focus on accounting and First Nations governance. Most recently, she was was a part of the Indigenous Tourism Association of Canada (ITAC) team, where she managed logistics and event planning for the highly successful 2017 International Aboriginal Tourism Conference held at the Grey Eagle Resort and Casino, on Tsuut’ina Nation in Calgary in November 2017. In addition to her roles supporting events and development, Wright Many Chief is well known across the Indigenous tourism industry in Canada as ITAC’s membership and outreach coordinator.

In addition to her work with ITAC, Wright Many Chief has years of experience working directly with Indigenous communities in Alberta to support a range of policies, programs and initiatives that build respectful and trusting working relationships with stakeholders. She has worked with Community Futures Treaty Seven for the delivery of the First Nations Youth Trades Exposure Camp, and as a trainer for a First Nations entrepreneur camp. In 2013, the Urban Society for Aboriginal Youth: New Tribe Magazine featured Wright Many Chief on its cover as a community role model.
“Tarra has all the people and managerial skills needed for this exciting and challenging position,” said Brenda Holder, chair of ITA and owner of Mahikan Trails. “We are excited to have her on board as an ambassador for her community and all of us at Indigenous Tourism Alberta.”